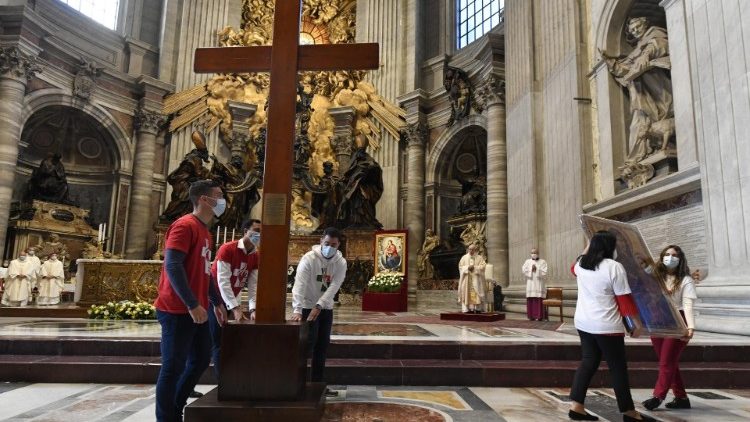 Towards WYD 2023. From Panama to Lisbon

At the end of Mass on November 22, solemnity of Christ the King, Pope Francis greeted the young people from Panama and Portugal for the passing of the WYD Cross and the icon of the Virgin Mary, Salus Populi Romani, symbols of the World Youth Days. The delivery should have taken place on April 26, Palm Sunday, but, taking into account the circumstances, it was postponed to November 22.

The Pilgrim Cross and the icon traveled through the dioceses of Panama in the months prior to the World Youth Days to be held in that country in 2019, and were an opportunity for social transformation and the promotion of peace and hope.

The Archbishop of Panama, Monsignor José Domingo Ulloa, who was unable to travel to Rome, sent a message in which he stressed that, during the preparation and at WYD Panama 2019, these symbols “allowed us to meet with others and with Jesus”. During their tour of Central America, Mexico, Puerto Rico, Cuba, Haiti, the Dominican Republic, Venezuela and the United States ”, they were a very special blessing for thousands of young people in these countries. "Their presence in environments of pain and suffering, such as prisons and hospitals, with people on the street, were a stimulus to promote the pastoral mission of an outgoing Church incarnate in their people," he said. “We hope that the youth of Portugal have this profound spiritual and human experience; because in its journey the symbols allow many times a special encounter with Jesus Christ ”, stressed the archbishop.

At the celebration in Rome, the Pope addressed young people from around the world, who shared this moment with the hashtag #takeupthecross. In his greeting he said: "Dear young people: Shout with your lives that Christ lives and reigns! If you keep quiet, the stones will scream! (cf. Lc 19.40) ".

In the same celebration it was announced that from now on, diocesan WYD, instead of being celebrated on Palm Sunday, will be celebrated on the Solemnity of Christ the King. In the center remains the Mystery of Jesus Christ the Redeemer of man, as Saint John Paul II, the initiator and patron of WYD, always demonstrated. 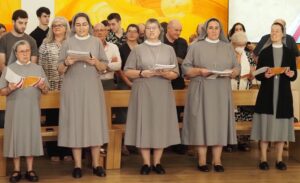 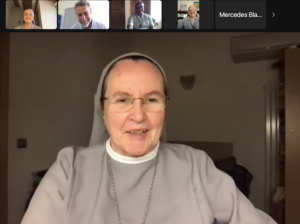 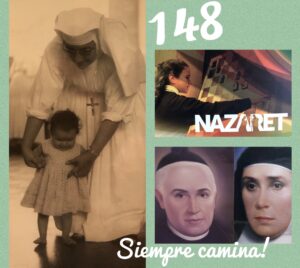 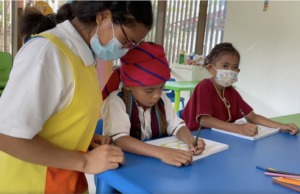