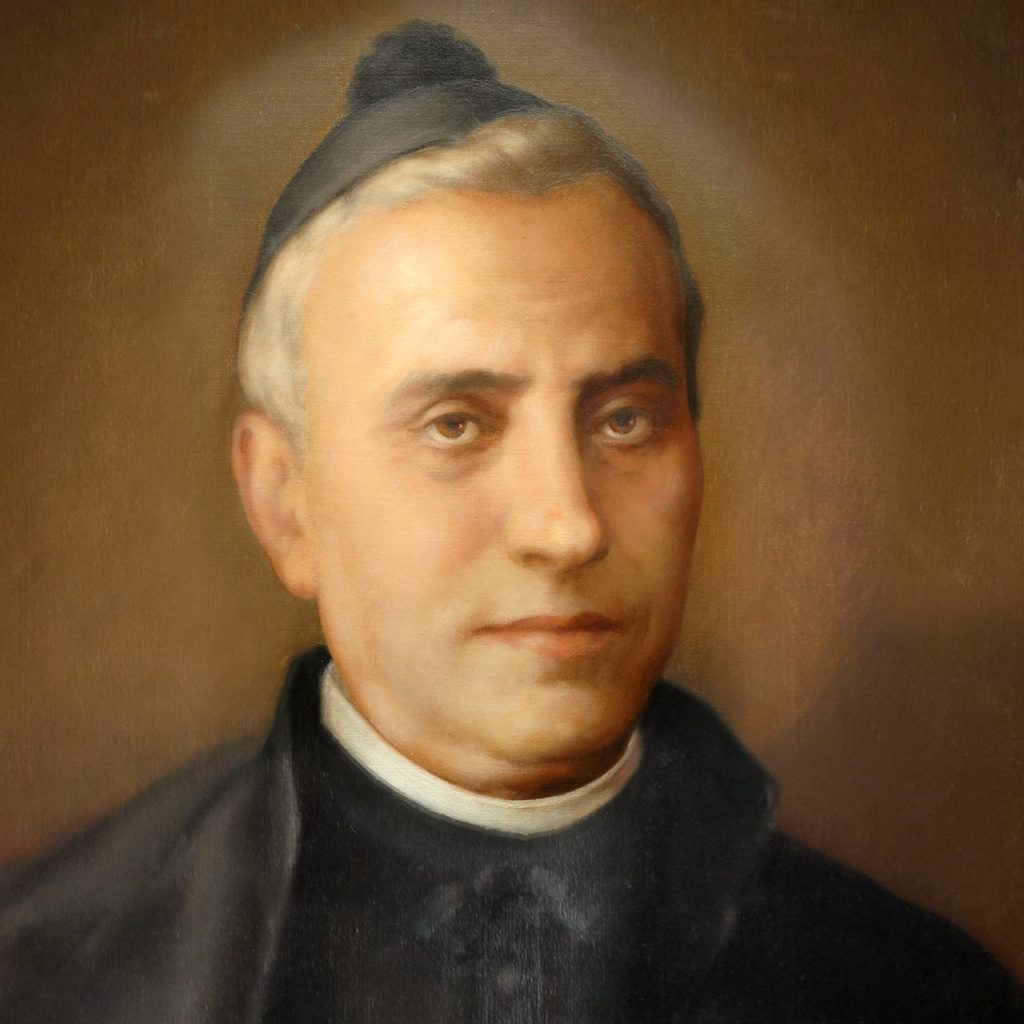 He was born in Tremp (Spain) on January 7, 1833. After studying in the Pious Schools of Barbastro, and in the seminars of Lleida and Urgell he received the priestly ordination in La Seu d'Urgell on April 9, 1859.

After twelve years of work in the Diocese, serving Bishop Jose Caixal, he founded two religious institutes to honor the Holy Family of Nazareth and the Christian formation of families mainly through education of children and youth and priestly ministry.

He was specially called by God to present to the world the example of the Holy Family of Nazareth, and so he wrote several works and booklets, founded the magazine La Sagrada Familia and promoted the building of the Expiatory Temple of the Sagrada Familia (which in 2010 was declared Basilica), done by the architect Antonio Gaudí, to perpetuate the virtues and example of the Family of Nazareth and to be the home of families around the world.
El 17 de diciembre de 1901 murió santamente en el colegio «Jesús, María y José» de Barcelona; sus restos reposan en la capilla del mismo, convertida en Santuario-parroquia «San José Manyanet» en el año 2007.

The reputation of sanctity that distinguished him in life extended to many places. Pope St. John Paul II declared him Blessed on November 25, 1984. On May 16, 2004 he was canonized by the same pope.

Manuela Colomina Agustí (1848-1916) was born on December 24, 1848 in Os de Balaguer (Lleida) and was baptized on Christmas Day. The Faith lived in her family and in the parish will favor in her the desire to devote herself to God.

After an attempt at religious life in the Concepcionists of Tremp, which she had to abandon for health reasons, and guided by St. Joseph Manyanet, in 1877 she entered the Institute he had founded in 1874, the Daughters of the Holy Family. At the beginning of the novitiate in Horta (Barcelona) she received the name of María Incarnation; she professed on April 23, 1879; and shortly after, she was appointed superior of the Novitiate House.

The reform that the Institute experienced in 1880 brought about changes that moved them away from the charism received by Saint Joseph Manyanet. A group of women faithful to him met in Barcelona under the guidance of the Servant of God, and after twelve years of waiting they obtained the approval of the restored Institute with the name of Daughters of the Holy House of Nazareth.

In 1894 they founded in Aiguafreda, and M. Encarnación will be the superior and master of novices of this house, cradle of the restoration of the Institute. In 1898, she assumed the foundation of the “Nuestra Señora de los Ángeles” school (La Sagrera-Barcelona). Meanwhile, the “San José” school, in Barcelona, ​​and the parish school of Sant Joan de Vilatorrada were opened. The Founder entrusted her with the direction of the Institute, which she conducted with prudence and responsibility until 1905.

From this year on, the Servant of God lived in the communities of San José and “Nuestra Señora de los Ángeles” dedicated to prayer, bearing witness to charity and contemplating and living the virtues of Nazareth.
On November 24, 1916, during the celebration of the Eucharist, she suffered a stroke; her situation got worse and she died in odour of sanctity in the morning of November 27, 1916.

In January 2015, the Holy See granted the Nihil Obstat to initiate the cause of beatification and canonization, and on September, 15th of the same year, the opening session of the process for the recognition of the heroicity of its virtues took place in Barcelona.